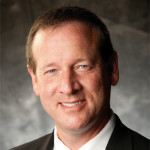 Dr. Baker is engaged in clinical research for Macular Degeneration, Diabetic Retinopathy, Cataracts, and Retinal Vein Occlusions. For the past 15 years, he has been involved with several projects that have led to the developments of several new medications and devices for the treatment of eye diseases.

Dr. Baker is actively involved as a leader in ophthalmology at the national and state level. He is the current president of the Kentucky Academy of Eye Physicians and Surgeons. Dr. Baker is a member of the American Society of Retinal Specialists, and the American Academy of Ophthalmology. Dr. Baker served as a vice-chair of the Diabetic Retinopathy Clinical Research Network from 2011-2014 and is currently a member of the executive committee of the DRCR Network.

Dr. Baker and his wife, Jil, have three children. He is a private pilot and loves to fly. He also enjoys tennis and golf.